Home » Blog » News » COVID-19 » An automated workforce: What does this mean for our future? 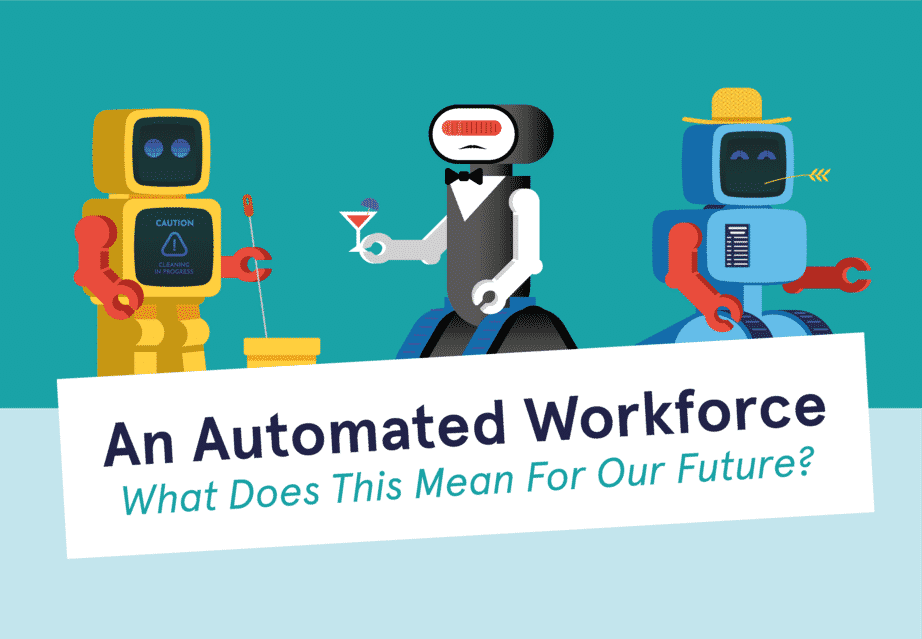 There’s something about the idea of artificial intelligence (AI) that sounds so futuristic, and the concept of robots carrying out human tasks is often depicted on TV, in films and even in books as a way of living and working that has yet to become a reality. In fact, it might even make you wonder if it’s something you’ll actually get to experience first-hand during your lifetime and benefit from a robot doing all the hard work so you don’t have to.

However, it could be said that the exciting robotic takeover we’re constantly anticipating is actually happening right now. The truth is, this technology is being used all around us, and it could be that it’s becoming a part of our lives sooner than we initially thought.

AI and the coronavirus pandemic

Since the spread of COVID-19 and the restrictions the pandemic has placed upon our lives, there has become a growing need for AI more than ever before – and it seems that businesses are really making an effort to use this technology to their advantage, both here in the UK and across the globe.

Towards the end of last year, British supermarket chain Co-op announced it was expanding its fleet of autonomous home delivery robots, adding 100 more machines in its partnership with Starship Technologies. Meanwhile in the USA, a robotic dog named Spot created by Boston Dynamics has been greeting patients at the city’s Brigham and Women’s Hospital via a tablet computer which connects them to a doctor, and there are plans in place to use Spot for temperature checks, respiratory rate and pulse readings too.

Tasks that were once deemed perfectly safe to be carried out by a human being have now become more hazardous due to the serious and potentially life-threatening coronavirus that is currently living among us. So, instead of putting ourselves at risk in order to get the job done, it appears that we’re seeking the help of our robotic friends to pick up the slack for us during these challenging times.

It’s predicted that approximately 1.5 million jobs in England are to become automated in the future[1]. Aside from raising concerns that robots have the potential to take some jobs away from us, it also raises questions around safety, making us doubt if it’s right to trust robots to carry out such a large portion of the tasks that we once did ourselves. Even though it’s a highly intelligent form of technology, AI is by no means foolproof, and even if expertly programmed to carry out certain tasks, it still lacks an awful lot of what human beings possess.

Robots can often be instructed to perform specific tasks – but it could be argued that it starts and ends there. There is an element of risk that comes with essentially employing a computer to do a job that a human can also do. Unlike a human being, machines can malfunction or even fail to recognise when there is a problem, let alone know how to solve the issue to carry on working effectively. Robots can also not make decisions or use their best judgement to fix an error or even stop an accident from happening in the first place, while a human can.

So, if a robot is instructed to perform a task and it goes wrong, what happens then? There is a grey area in terms of who is at fault if someone suffers at the result of a job carried out by a robot, and this is where it can get complicated.

As part of our “Who’s to Blame?: Accidents in an automated world” campaign, we take a look at the highest percentage of jobs that are likely to be taken over by AI, the technological issues and safety risks of having a robot perform these roles, and who would be to blame if you became injured as a result. To find out more, check out our infographic below.

Our campaign has highlighted that, even if robots were to carry out tasks on our behalf and ended up breaching health and safety regulations that then resulted in injury, it’s technically the fault of the establishment, opening themselves up to potential public, occupier or even employee liability claims, depending whether it’s a customer or employee who becomes injured.

They would be held responsible for any injury claims made due to an error made by AI. So, regardless of whether a robot spills a plate of food in a restaurant or incorrectly stacks a shelf at a supermarket, the business is to blame and should face the consequences if technical faults like this should happen. It’s also worth noting that in the event of AI malfunction or fault, the business using this technology may have grounds to then make a claim against the AI provider.

Health and safety in an autonomous world

There’s no denying that any autonomous robot has its faults, and with it looking likely that this technology will be used more and more for everyday tasks in the not-so-distant future, it’s interesting to think about who would take responsibility for any mistakes or accidents that were caused as a result of AI. It’s also clear that if robots had a more prominent role in some jobs, there would be a much greater need for extensive health and safety checks , including risk assessments, training, safeguarding measures and more. Carrying out these checks ensures that even if it goes wrong, there is less chance of someone suffering from an injury because of a mistake made by a robot.

What are your thoughts on AI taking over certain jobs? Let us know what you think using the hashtag #SueWho.