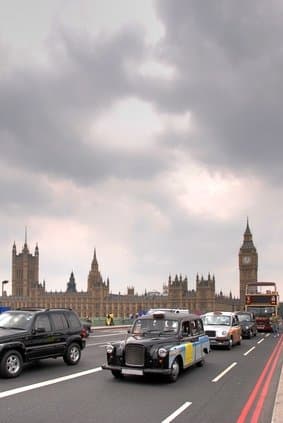 Getting into an automobile accident is generally not just an accident. While collisions may be unintentional, they can produce long lasting consequences that permanently injure individuals and they occur more frequently than you may think. There were nearly 6,630 people who were seriously injured or killed in automobile accidents on British roads in 2011. That number represents a mere 2% of total accidents reported but the number of people injured or deaths that resulted is pretty astonishing. More people sustained minor injuries in auto accidents in 2011. In fact, some 52,490 were hurt or injured in some way after their involvement in an automobile collision. These facts and figures are used to illustrate that reporting an accident injury claim to an insurance company is a common occurrence in the UK.

Getting involved in a auto accident is one of the risks that we take on as drivers. It’s simply not something that can be avoided. Traffic lights fail, cars malfunction, drivers become distracted, misjudging distance, and miscalculating timing can all result in automotive accidents. While they are commonplace occurrences on a global scale, does that mean they should be occurring with such frequency?  Is there something more that can be done to reduce the number of accidents that occur each year and by so doing prevent unnecessary injuries and deaths? Well, the good news is that the statistics that were reported in the UK for 2011 reflected a decrease of both deaths and injuries that resulted from accidents. 2011 also marked a 5% decrease in total accidents reported. Of course those who were injured likely made an accident injury claim with the third party insurance company to receive compensation of some sort to help pay for the injury, medical expenses and personal property repair.

When an auto accident occurs it can often be easy to identify the guilty party. There are, however, cases in which it may be more difficult to see who caused the accident. As a general rule of thumb, when a driver runs into the back of another vehicle he will be deemed responsible for the accident. Even if the driver in front stops shortly or steps on his brakes unexpectedly, the driver behind would be liable because it is required of all drivers to maintain a safe following distance. Drivers may dispute responsibility of an accident and when this occurs it is generally advisable to seek legal advice from an expert auto accident claim solicitor. Drivers should also call the police to the scene of the accident as they will write a report on the accident and the circumstances surrounding it as this could be used to in determining liability. Collisions from behind can often result in an accident injury claim.

There are certain responsibilities that a driver must take on when he becomes involved in a auto accident (injury permitting). In order to assess the damage that the parties involved in the accident sustained, drivers must stop their vehicles, get out and look at the damage. If they are carrying a mobile phone equipped with a camera then pictures can be taken, at the scene that can help when making an auto accident claim. The drivers are required to exchange contact information at minimum, including name, address, and car registration number. You should also seek to obtain the insurance details of the driver and vehicle.

There are certain risks when driving an automobile. While statistics illustrate that the frequency of accidents that occur in the UK are decreasing incrementally each year, they still happen pretty routinely. Having a good idea of what exactly you need to do if you are involved in an accident is a good idea, particularly if you have to make an accident injury claim.

Make an auto accident claim by comparing top personal injury solicitors in your area or nationally.