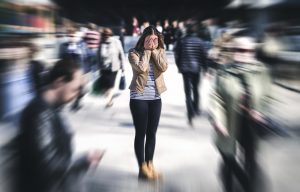 Post-traumatic stress disorder, commonly referred to as PTSD, is a psychiatric illness that an individual can develop after experiencing an extremely distressing or stressful event. Triggered by a wide range of experiences, from witnessing traumatic events while serving in an armed conflict to being the victim of a personal assault, the symptoms of PTSD can have a huge impact on your life. If you have been diagnosed with PTSD and you believe it was caused through no fault of your own, you could be entitled to make a PTSD compensation claim. At Compare Compensation Claims, we can help you compare personal injury solicitors easily, allowing you access to the best legal advice available and find the best lawyer to help win your case.

What are the effects of PTSD?

A psychiatric anxiety disorder usually caused by either a single stressful experience or a series of traumatic events, PTSD typically manifests itself in the form of nightmares and flashbacks, forcing the sufferer to relive aspects of a traumatic event, as well as feelings of depression, isolation and even guilt. People dealing with PTSD can also experience difficulty with concentrating and even trouble sleeping, leading to other health issues such as clinical insomnia. Although not always visible, the symptoms of PTSD can be serious and persistent enough to have a significant impact not only on the life of the sufferer, but also on the day-to-day lives of family members and other loved ones.

Any event that a person finds stressful can cause PTSD, and it is estimated that roughly one in every three people who experience a traumatic event will go on to develop PTSD in some form or another. While it is not yet understood why some people develop the condition in the wake of a stressful event while others do not, the symptoms of PTSD can start to appear immediately after the traumatic event in question, or they can develop weeks, months or even years later. Common causes of PTSD include:

Can I make a PTSD claim?

PTSD is not only emotionally and physically draining for the sufferer, it can also greatly impact on other aspects of your life. Aside from making it difficult for you to connect with your family and friends and form new relationships, it can also prevent you from being able to go to work, placing additional financial pressure on what is already a difficult situation. This is where PTSD financial compensation can help. The bottom line is, if your PTSD was caused by an event, accident or injury that was the fault of someone else, or happened due to their negligence, then you may be entitled to compensation. If you have been formally diagnosed with PTSD and you believe it was triggered by a person, event or accident out of your own control, your first step to making a compensation claim should be to get in touch with a specialist personal injury lawyer. This legal professional will be able to let you know if you have a valid claim and will be able to use the evidence you provide to start building a case. At  Compare Compensation Claims, we make it easy for you to compare claims companies and find a specialist lawyer to take your case forward.

How much PTSD compensation could I receive?

As every PTSD claim is unique and the result of different experiences and as symptoms vary in severity, it’s difficult to place a ballpark figure on how much you would be entitled to. Your personal injury solicitor should be able to give you a better indication of how much your claim could be worth after assessing all variables involved. Based on Judicial College Guidelines, however, estimates suggest a successful PTSD claim involving minor symptoms could see you awarded anywhere between £3,000 to £7,000, while as much as £50,000 to £86,000 could be received for cases involving very severe PTSD where extreme third-party negligence is deemed the cause. Although we cannot provide an exact estimate, our handy Personal Injury Claims Calculator tool may be able to give you a rough idea of the size of the claim you could be looking at.

How we can help

If you suffer from PTSD as the result of an event that occured out of your control or due to someone else’s negligence, Compare Compensation Claims are here to help. Our easy-to-use comparison tools make finding the right claims company and specialist solicitor quick and totally hassle free.