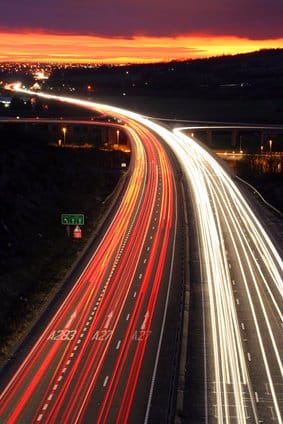 For information regarding uninsured driver compensation claims, ‘hit & run’ or even untraced drivers in the UK, the Motor Insurance Bureau (MIB) typically compensates those that are involved in car accidents with uninsured drivers, and roughly 1.8 million were driving without insurance in 2008. Research that came out in 2009 claimed that the Greater London area has the most uninsured drivers.

In fact, 13% of cars had been discovered with no insurance from the Greater London area, quickly following London’s figures is Merseyside, with an astounding 12%, and thirdly Greater Manchester has about 10% driving without car insurance.

“Not all traffic on UK roads is insured.”

Having a collision with an uninsured motorist can be a potentially dreadful experience, for the individual must make a claim for all of the damage to the vehicle, which of course leads to higher premiums. In addition, any compensation claims that come from the accident often prove to be extremely complicated. The action to be taken is as follows: inform the police; report the incident to the insurance company because it may be invalid if the accident is not recorded; report the incident to the doctor, so it does not get worse; gather evidence about the injury as well as the accident; write an account of the accident, while the events are still fresh in the mind.

For those that have suffered in a road traffic accident with an uninsured motorist, it is vital to take down the car’s details, namely the make, colour, model, and other pertinent information. In addition, be sure to take note of any verbal exchanges and the damage that was inflicted on both vehicles. By doing so, the uninsured driver will most likely have more evidence against him or her; often the police will not prosecute the driver, so the stronger the victim’s case is against the driver, the better chance that the claim will be awarded. If for some reason, the victim is unsuccessful with his or her claim, a “no win, no fee” basis should be sought, so there are no fees given away to solicitors. If the victim is successful with the uninsured driver compensation claim, then the solicitor will be awarded a small percentage when taking on the case. Negotiation over percentages should be determined before the solicitor takes on the case.

It is fundamental that professional legal advice be retained in order to give the uninsured driver compensation claim more weight in the court of law. The victim is far more likely to gain compensation with professional legal council for support. In addition, if a solicitor denies the case, this may be a warning that the case may not be worth pursuing in the first place. Most uninsured driver compensation claim solicitors will take on the case if he or she believes that it can be won. Often solicitors will deny the case if it appears that the compensation is too little for all parties involved.