Home » Blog » News » What happens to uninsured drivers in an accident?

What happens to uninsured drivers in an accident?

With around one million drivers operating a vehicle without a licence, an estimated four per cent of UK road users are uninsured. And despite 226,803 drivers in the UK carrying points on their licence for driving without insurance and uninsured drivers costing insurance companies an estimated £500 million per year, many people still choose to drive without insurance.

What happens to uninsured drivers involved in accidents?

When a road traffic accident involving an uninsured driver occurs, the outcome will vary due to the uninsured driver not being suitably covered. As with any compensation claim, an important factor would be who was at fault and who is attempting to make a claim.

Below, we’ve outlined the likely outcome in a number of different circumstances where uninsured drivers could impact a road traffic accident. 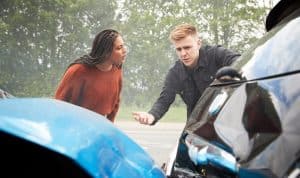 What happens if I am hit by an uninsured driver?

However, in an attempt to avoid any problems with uninsured drivers, many insurance companies offer an uninsured driver policy to cover the excess and no claims discount of drivers involved in these types of incidents.

If you’re in a road traffic accident with an uninsured driver, believe that they are at fault and wish to make a compensation claim against them, the Motor Insurer’s Bureau (MIB) advise that the incident should be reported to the police within two weeks of it taking place, and within five days if there’s damage to property. It’s also advised that the MIB are informed within three years of the incident if the person reporting it is intending on making a compensation claim.

What happens if your car is uninsured?

Car insurance is a mandatory part of vehicle ownership, and without it, the drivers that have chosen against getting appropriate cover are subject to potentially severe penalties. That said, according to the MIB, 132,804 cars were seized in 2018 alone when it was discovered that they weren’t properly insured.

Driving without insurance is a serious offence, and even if the car is insured but the person driving it isn’t listed as a named driver, it’s likely that they will be given a minimum punishment of a £300 fine and six points on their licence. After this point, if the person is taken to court, they may receive an unlimited fine and be permanently disqualified from driving.

The punishments for uninsured cars are often harsh as it is a matter that is taken very seriously. For example, when an uninsured car is identified, it may be seized or even destroyed, and even if an uninsured vehicle is parked on a driveway or in a garage and not being used, the driver could face a penalty under the rules of Continuous Insurance Enforcement if the vehicle is not officially declared as off the road (SORN).

Can an uninsured driver make a claim?

In any case, all drivers should get insurance for the car they own and make sure that they’re listed as a named driver and that the cover is suitable for every eventuality. Additionally, before agreeing to a policy, they should ask potential insurers whether an uninsured driver policy is included to prevent any issues occuring should you have a future incident with a driver that doesn’t have suitable cover.